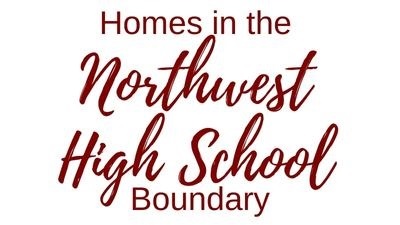 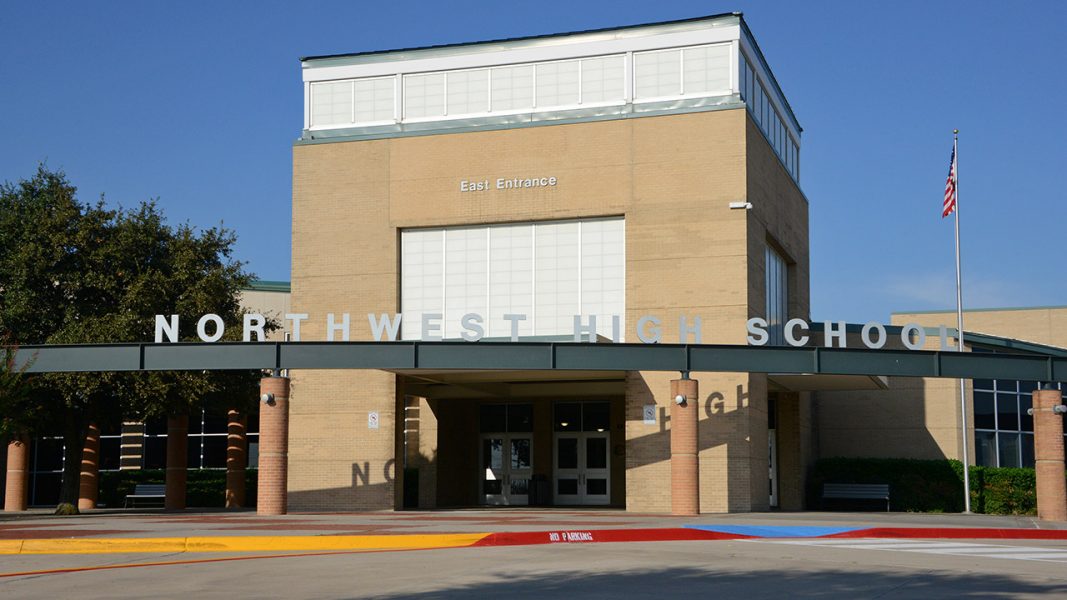 "Texans" Hail From a Wide Area

Located in the heart of the Alliance area  near the Texas Motor Speedway and Alliance Airport, Northwest High's boundaries are generally west of I-35 and follow along the Denton/Tarrant County line. "Texans" making up the current student population come from the cities of Argyle, Newark and Rhome, Aurora, Haslet, Justin, Northlake and North Ft. Worth.  Pike and Chisholm Trail Middle schools feed into the high school.  It's not unusual to see the red and white 'Texans' bumper stickers throughout the area as school pride runs high.

Read more about living in the Northwest HS Boundary

Northwest "Texans" Hail From Across The Area

Northwest High School is located in the heart of the Alliance area.  Situated just a mile or so west of the Texas Motor Speedway, and about two miles north of Alliance Airport, the school's boundaries are generally west of I-35 and follow along the Denton/Tarrant County line.  1750 "Texans" make up the current student population and hail from the cities of Argyle, Newark and Rhome, Aurora, Haslet, Justin, Northlake and North Ft. Worth.

Northwest's scholars arrive from Pike and Chisholm Trail Middle schools which are fed by Hatfield, Justin, Love and Prairie View Elementary schools plus a small portion of both Seven Hills and Roanoke Elementary. It's not unusual to see the red and white 'Texans' bumper stickers throughout the area as school pride runs high.

General Overview of the Areas Within the Northwest High Boundary

Homes for sale within the Northwest High School zoning encompass a wide range of prices, styles and ease of commute to the local grocery store. That's because the cities the school serves are so different in terms of age and density. The N. Ft. Worth and the Alliance areas typically offer homes for sale that can start at a more friendly budget price range.

There are also new construction homes available, but generally the area is closer to building out then others in the school's boundary. So you'll find the homes are often a bit closer to the nail salon, dog groomer and grocery. Many of the homes in the Argyle, Haslet, Northlake and Justin area are located in newer neighborhoods or more rural areas. The the growth of the Metroplex has more recently headed that way. But not to fret, it's changing quickly and businesses and shopping are following the rooftops that direction.

New construction is always a favorite of home buyers, so let's start with some of those neighborhoods. Harvest spans both the city of Argyle and Northlake. Prices tend to be quite reasonable for the on-trend styling and community amenities, too. While you're in Northlake stop by Canyon Falls and have a look around. You'll find the neighborhood is bit higher priced but a few bargains can still be found.

Justin offers up Avery Ranch for those looking to find homes on acreage. This neighborhood was started in the last 10 or so years so while not always brand new, Avery Ranch does offer up-to-date amenities and facades. Hardeman Estates doesn't offer the acerage in Justin, but you will find newer homes there.

North Fort Worth and Alliance areas also still have a bit of space left for new construction, and many of the subdivisions in the area are still less then 5 years old. Development should be going on for many more years, and home buyers love to find it's very convenient to major shopping and amenities.

Take a look at some of the recent awards and accolades collected by Students and Faculty of Northwest HS:

If you've read this far you're probably deep into research on Northwest ISD homes for sale and living in the NISD boundary. From luxury new builder homes, golf course homesites, and homes with acreage (and horses!), homes in the Northwest school district provide styles and price ranges for nearly everyone. I hope you'll reach out with any questions you may have about a move to the Dallas-Ft. Worth area in general and the NISD specifically. I've been in the real estate business around the area since 1989, and I'm always happy to share what I've learned to help you make your move the best it can be for you and your family. -Cindy