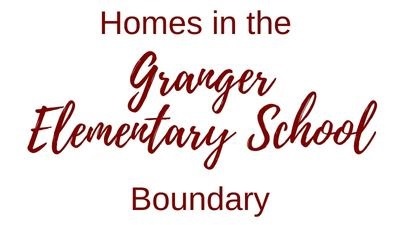 Located in the heart of the Saratoga Neighborhood, Kay Granger Elementary pride is prevalent throughout the area in the form of the red, gold and blue colors the 900 or so K-5 graders hold dear. Other neighborhoods within the attendance boundary include Mc Pherson Ranch, Vista Greens, and portions of Villages of Woodland Springs West.

Granger Wranglers "wear the brand of excellence", as evidenced by the school's high rankings from parents plus state academic testing scales. Since 2012 the school has earned the status of a State School of Character, an honor the administration has implemented plans to achieve each year going forward. Granger is one of just 73 across the United States to earn this honor.

Having visited Granger with parents considering homes in the Northwest school district, I can say that strong parent involvement is an additional factor in the campus' success. Kay Granger Elementary feeds into Tidwell Middle and Byron Nelson High School, both of which enjoy the same highly regarded reputation. - Cindy