Homes For Sale
in the
Basswood Elementary Boundary 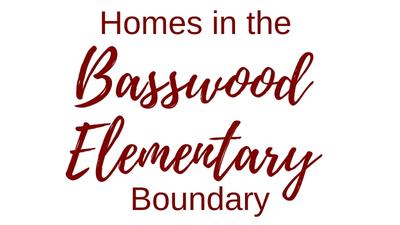 Basswood Elementary School is considered a Bilingual Campus for The Keller ISD. The Red and Black "Hawks" come from subdivisions located near the Basswood and Sandshell Drive area of North Fort Worth.

Some of the larger neighborhoods in the school's boundary zone had included the newer planned communities of Sante Fe Enclave and West Fork Ranch.  However, the 2016-2017 school year brought several changes to the Keller School District with the opening of the new Sunset Valley Elementary on the West side of Interstate 35, and those popular neighborhoods now fall within the new school's zoning.

Basswood Elementary however remains a strong campus in the KISD lineup and the school's instruction is differentiated and innovative with the goal of empowering students to take responsibility for their learning. Parent partnership is considered to be an important asset to students' success at Basswood Elementary, and family involvement is not only highly encouraged, it's a strong reason for the campus' achievements. -Cindy