Homes For Sale
in the
Johnson Elementary Boundary
Carroll ISD 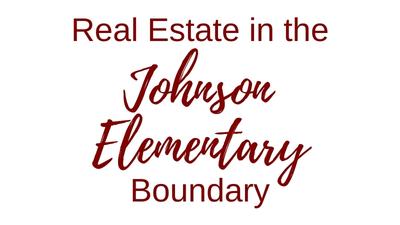 The Johnson Elementary School boundary covers the northeastern portion of the CISD, mainly north of Highway 114. There is a small residential area in the Town Square commercial district just north of Southlake Boulevard and east of Carroll Avenue that is also included in the elementary's borders.

Built in 1981, Jack D. Johnson Elementary School honors the first superintendent of the Carroll School District. Johnson oversaw the growth of the district for 30 years and lead the district in large part to the powerhouse it is today.

The 530 or so Johnson Elementary preschool through fourth grade Dragons hail from neighborhoods including Winding Creek in Grapevine, as well as Southlake neighborhoods such as the original portion of Estes Park, Triple C Ranch with its acreage lots, and the newer construction homes in Carillon. -Cindy