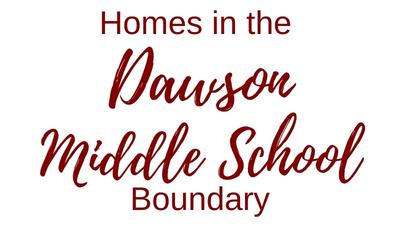 Named a "Texas School to Watch"

Dawson Middle School is one of just 21 Texas middle schools named by the Texas Middle School Association as a “School To Watch”. And while it's quite an honor to be chosen out of over 1600 Texas middle schools, for the seventh and eighth graders who attend Dawson Middle it's just one more honor for the Dragon Tradition they protect and carry with them.

Quick Facts About The Carroll ISD 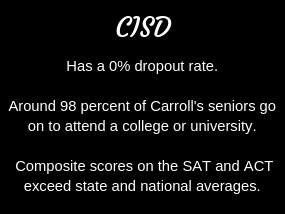 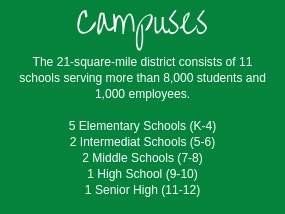 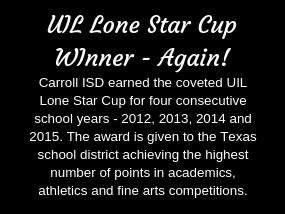 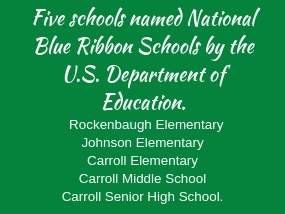 Dawson Middle School draws kids from neighborhoods south of Southlake Boulevard. The largest neighborhood making up the Dawson attendance boundary would be Timarron, which includes portions on both the north and south sides of Continental Boulevard, as well as the east and west sides of Byron Nelson Parkway.

Newer construction homes are found in the Dawson Middle School Boundary in neighborhoods such as Winding Creek, which sits just across Carroll Avenue from Oak Tree Estates.-Cindy